Fifty-eight field naturalists took part in a successful gathering at Port Fairy over the weekend of 21-23 March, 2019. The program was something of an experiment as the SEANA committee was not able to secure a host club willing to organize a traditional style camp with a full program of excursions led by naturalists with local knowledge. Instead, a small subgroup of the committee, led by SEANA President Phil Rayment and with invaluable ‘local’ suggestions from Hamilton FNC President Diane Luhrs, planned an organizationally simpler event.

The gathering began with an informal meal at The Victoria Hotel on Friday evening, to welcome participants and provide information about the suggested walks and car trips for the weekend. Diane had offered to lead an exploration of the inter-tidal zone on Griffiths Island, near the mouth of the Moyne River, on Saturday morning. 25 folk opted to join this, enjoying a diversity of habitats and birding opportunities along with the main theme. Other folk headed off to some of the diverse natural history sites in the immediate region, such as The Crags, Yambuk Lakes, Tower Hill, Budj Bim (Mt Eccles NP) and Killarney Beach.

The more formal part of the program began with the SEANA AGM and subsequent general meeting from 5.00 pm at Charlies on East, superbly located at the surf club above East Beach. An enjoyable catered dinner followed, and then our guest speaker, local ecologist and conservation educator Jodie Honan, gave a well-illustrated presentation on the subject of the Latham’s Snipe Project in Victoria and Japan. This species is migratory between northern Japan and the east coast of Australia, with most sightings being in south-western Victoria, including around Port Fairy. Like many birds, its habitat is under challenge in both regions, and Jodie has been active over many years in striving for protection of its local wetland sites. She outlined what is being learned from radio-tracking of a small number of individuals, involving dedicated observers in both countries.

It was great to see a good number of folk happy to support this different style of SEANA gathering, which suggests good scope for greater flexibility in the style of future camps. 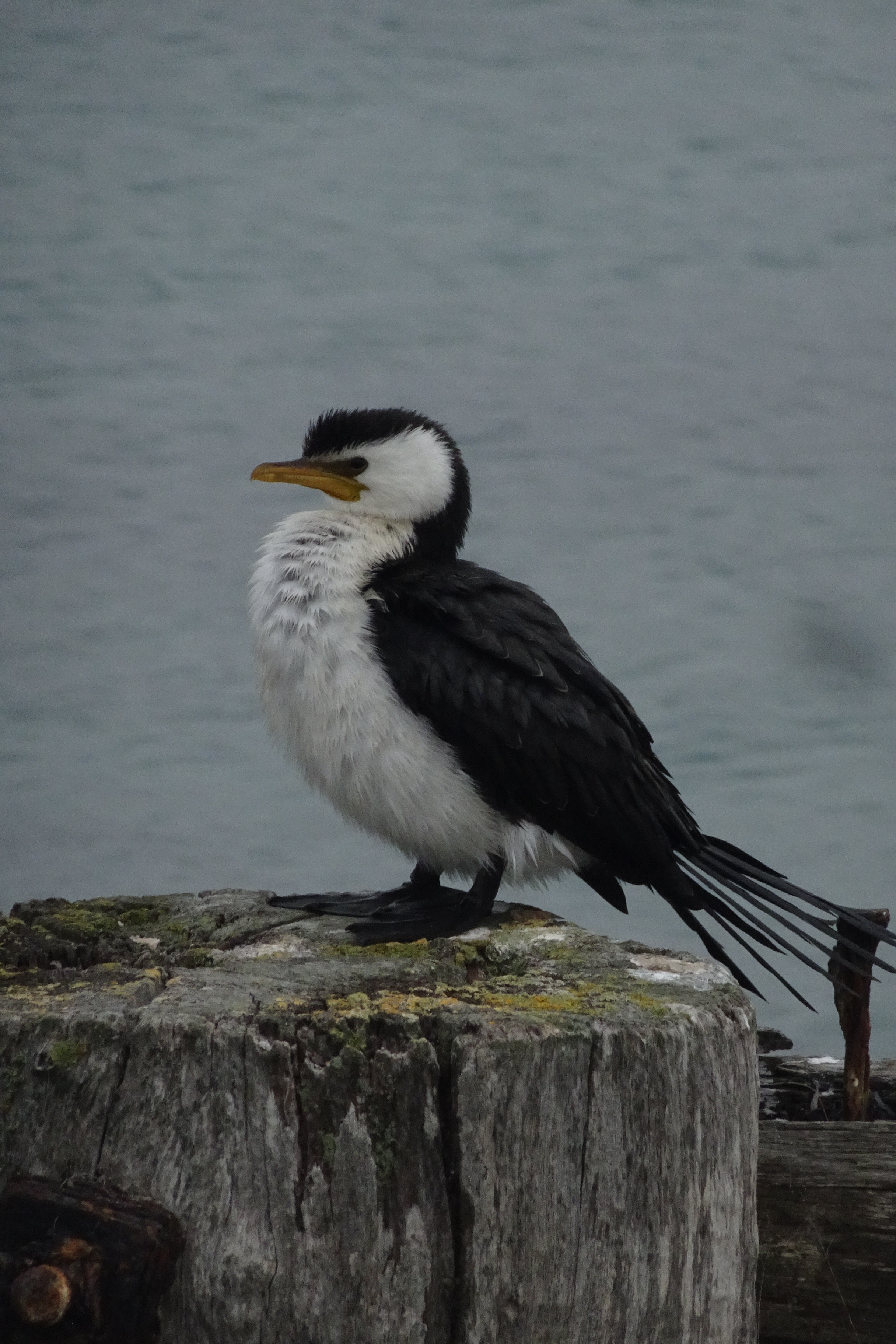 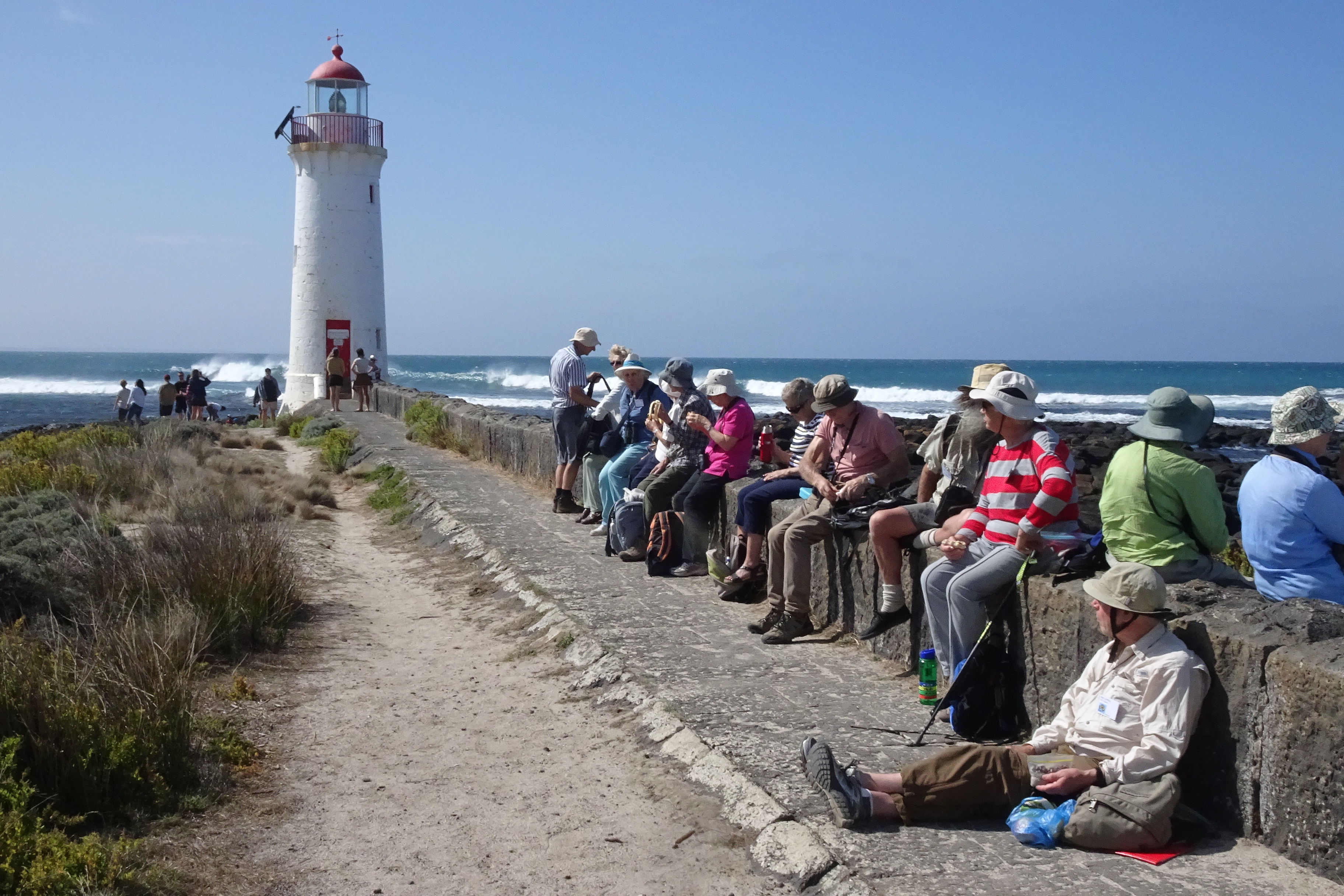 Field Naturalists enjoying lunch at the lighthouse on Griffiths Island 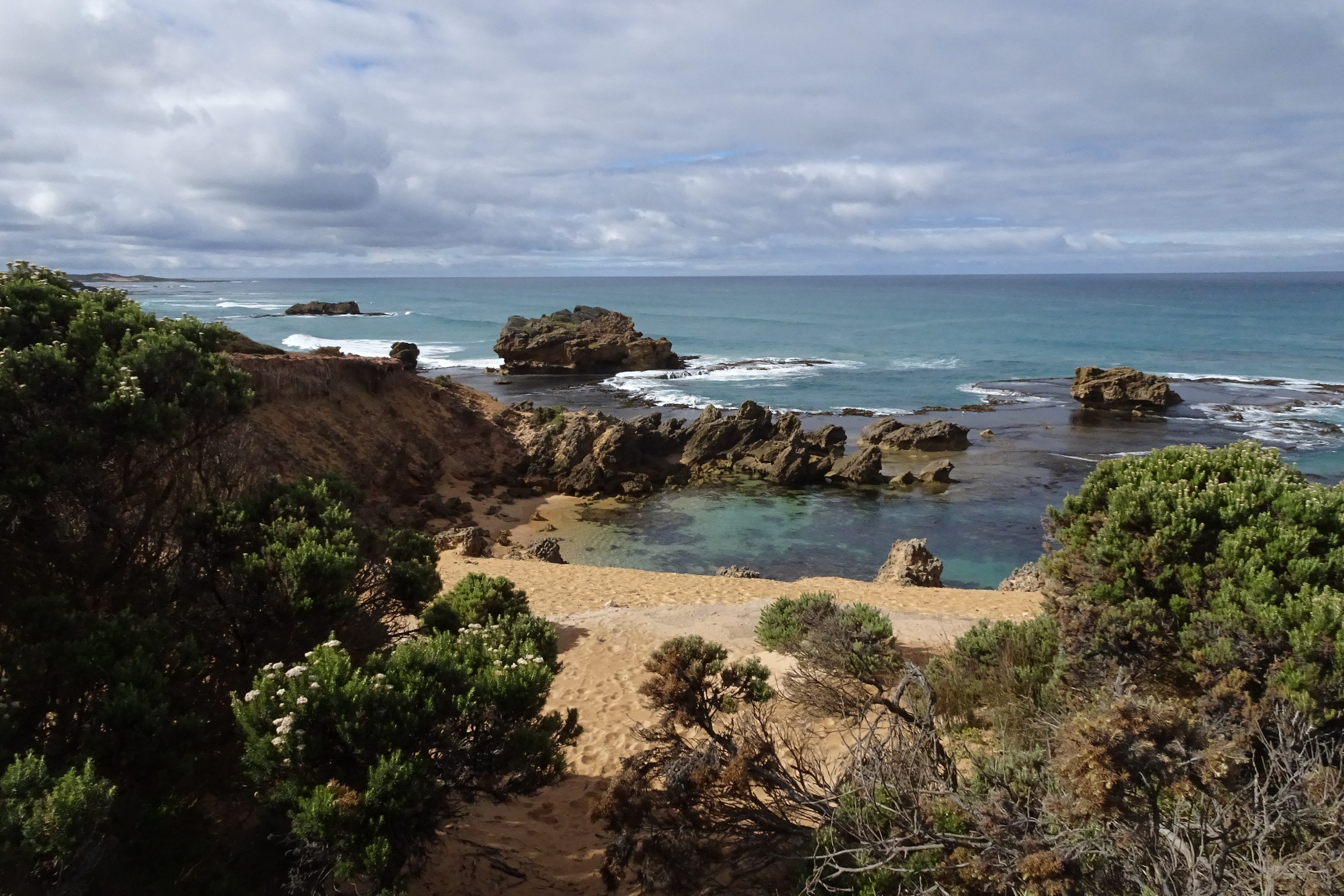 The Crags, west of Port Fairy