When the group of fifteen people participating in this excursion gathered at the Badger Creek Hall, the contrast with the previous day could not have been more marked, as we set off in cool, overcast conditions. With some difficulty, we negotiated the traffic on the main road, which included a slow-moving cart drawn by four large draft horses. When we reached the top of the drive up Myer’s Creek road, we found ourselves in thick fog. We arrived safely at our destination and everyone immediately dressed for the chilly and damp weather.

Once we entered the boardwalk, all were immediately entranced by the unique rainforest environment with its lush ground-cover of ferns along the creek-bed and enormous trees thickly encrusted with mosses, lichens, fungi and more ferns. The group quickly became strung out along the walk as people found different things of interest and paused to examine them more closely. Despite the misty atmosphere, the effects of the long dry period were still in evidence. Some of the species noted were:

Few birds were noted, but the calls of White-throated Tree-creeper, White-browed Scrub-wren, and Horsfield’s Bronze-cuckoo were heard.

We completed the circuit in good time and when we returned to the cars we heard a Lyrebird calling deep in the forest. Some people departed for home while the remainder retraced the route in convoy back to the hall where we joined the rest of the participants for a farewell lunch.

Many thanks to Roger Needham for his assistance in keeping everyone together by conscientiously bringing up the rear. 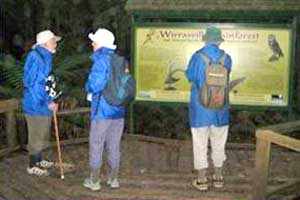 The Rubik’s Cube is the most popular puzzle on the World. Learn how to solve the cube with the easiest method.