Location: The park is 5km north of Mitiamo, and approx 65 km north of Bendigo. The road to Sylvaterre passes through the park.

The Park has two main sections

These notes are for the area containing cypress-pine forest and granite outcrops.

The picnic ground at the base of Mt Terrick Terrick. From Mitiamo, turn right at the southern end of the park./p>

Geology. There are several imposing granite outcrops.
Mt Terrick Terrick is the highest outcrop. The granite is coarse-grained. Such rocks are called pegmatites.

Near the summit, a dyke is visible. As the granite cooled it cracked, and the molten rock that filled the crack cooled rapidly, and so formed a much finer grained rock than the granite.

Plants. The grassland section of the park contains many rare species. Some are found nowhere else in Victoria. Plants associated with the granite outcrops include Deanes Wattle, Rock Isotome, Rock Correa, Snowy Mint Bush, White Cypress-pine and
Rock Fern. Deanes Wattle is listed as an endangered species. Many of the wattles carry Grey Mistletoes. Other mistletoes that may be found include Buloke Mistletoe, Harlequin Mistletoe and Box Mistletoe.

Birds. The park is a noted bird area. There is a variety of habitats, and the park contains birds more common to the south as well as mallee species. Some of the birds frequently seen include Mallee Ringneck Parrots, Red-capped Robins, Hooded
Robins and Whiteface. Brown Treecreepers are usually abundant near the picnic area.

Walking Tracks There are numerous walks. There are short walks near the picnic ground, and half-day to all-day walks to the other granite outcrops. 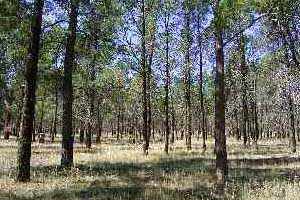 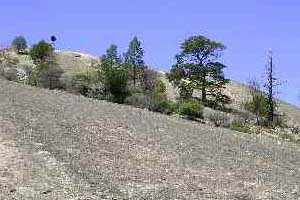 1. Cypress-pine forest covers much of the lower areas of the park.

3. Pegmatite. The large crystals in the coarse-grained granite are the result of very slow cooling of the molten rock. 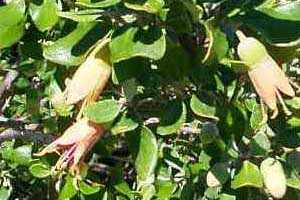 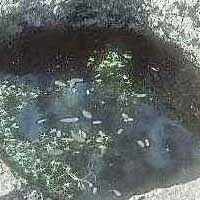 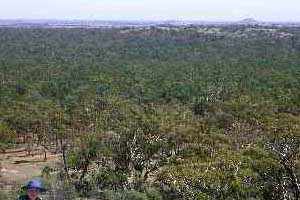 5. Rock well on the western side of Mt terrick Terrick.