Society for Growing Australian Plants. Ted Errey was a foundation member of The Society For Growing Australian Plants (SGAP), and one of its stalwarts and also a most knowledgable member. He served as president and was an expert on all things to do with propagation, growing and promoting native plants. His contribution was recognised by his nomination as an SGAP life member.

SGAP had excursions to places such as the Little Desert, the Grampians and locally. Ted was always a vital part of these activities and in the evening the hand lens and identification books would be spread out and plant lists made. Ted was generous with his knowledge and patient with others who knew less.

He was good at propagating plants and had an interesting garden at Belmont, where the soil was difficult. He had many plants growing including many banksias.

Geelong FNC Botany Group. The botany group was formed in 1972 by Ted. He gathered around him a devoted group of people who studied plants – their structure and their families. On group excursions plant lists were made. Many places were visited including Point Addis, Stewarts Road Reserve, Meredith, Inverleigh Common and the Brisbane Ranges.

Ted’s herbarium. He collected representative specimens of our flora, and many of these have become part of reference collections. He assisted Cliff Beauglehole with field work, and was a great friend of Jim Willis, who was Government Botanist at the time. Together they went camping and botanising in the outback.

You could depend on Ted. If there was survey work to be done, you only had to ask. He prepared submissions for the Land Conservation Council, and set up quadrats after the Ash Wednesday fires, and made plant lists for the Orange-bellied Parrot habitat.

Geelong Field Naturalists. Ted was Geelong FN Club’s acknowledged expert on all things botanical. He was a committee member for 14 years, and had been treasurer, newsletter editor and president. He was made a life member of the club. His final published work appeared the day before he died. Ted wrote the section “Barwon Vegetation – then and now” in “Buckleys to the Break” published by the Geelong Field Naturalists Club.

From material presented at the opening of the Ted Errey nature Trail, 2001 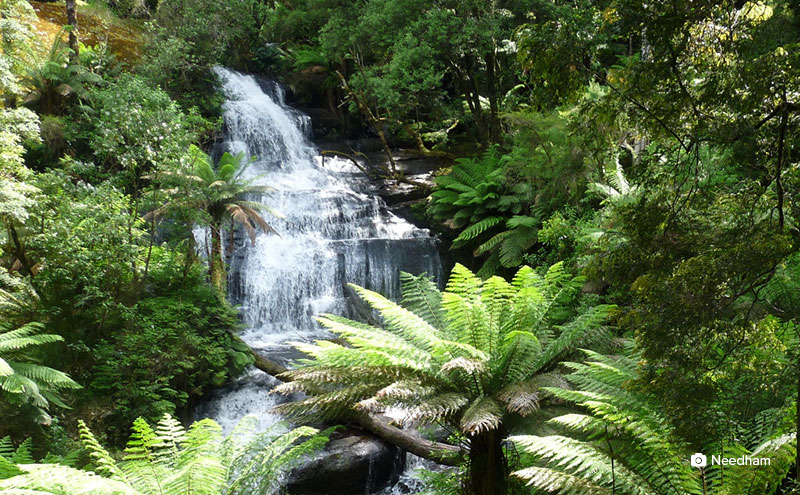