Early days. Ellen was born on Prospect Station near Seaspray where her father was manager. While she was still a baby the family moved to a bush block on the Sale/Seaspray Road, then when Ellen was six her father bought a farm at The Heart by the Latrobe River, and there she grew up with her 4 brothers and 2 sisters.

Throughout her childhood days living among the swamps and streams Ellen was able to explore the surrounding countryside and enjoy the birds and other native animals around her as well as the pleasures of the masses of wildflowers which grew in the area.

Her school days were spent at the small rural school, State School No. 1617 The Heart, until she left after completing Grade 8. As the eldest child, Ellen regularly helped her father with the farm chores and the hand milking, and was also competent with indoor chores with the small brothers and sisters.

Melbourne Years. Before going to Melbourne in the early thirties Ellen had done relieving work in nearby country post offices so was able to do the same in some of the suburbs. She also learnt telegraphy at night classes at the G. P. O. in Little Bourke Street. These were depression years, and it was case of work where you could. Ellen had a series of jobs. Recalling these years, Ellen wrote

” Today’s complaints of boring repetitive work didn’t register with me for flying hands left the brain free to think and there were always the evenings and weekends to look forward to. Melbourne then was a fairy city to me and quite safe for country girls to wander round alone. No one had much money, they walked everywhere and had lots of fun”.

The evenings and weekends allowed Ellen the opportunity to join the Albert Park Ladies Rowing Club which Don Lyndon coached, the Bird Observers’ Club, Walking Clubs and the Field Naturalists Club of Victoria. These interests were shared with Don Lyndon whom she married in 1936. At the outbreak of World War Two in 1939 Don volunteered for service and went overseas in April 1940. Ellen continued working and spent some time working in the flax fields in South Australia.

After the war. Although he had been reared and worked in Melbourne Don did not wish to earn his living there after army life, so he and Ellen looked about for a country property where Don could learn the practicalities of life on the land. They found a steep and run-down property on a ridge near Boolarra. Don was able to gain experience working on established farms in the valley, and taught himself to plough and manage horses. This was followed by experience on several share farms.

The move to Leongatha. In July 1951 they were successful applicants for a soldier settlement farm near Leongatha. Again there was much hard work before they were well established on this productive farm with swamps and flat land beside the Tarwin River with its hundreds of water birds so like the flood lands of Nellie’s youth. In time electric power and telephone were connected, milk cans became a thing of the past when bulk milk collection brought the tanker to the dairy door. Spare time was spent exploring the surrounding countryside and Ellen with Jean Galbraith’s first book ‘Wildflowers of Victoria’ was able to increase her knowledge of native plants and encouraged others to do likewise.

Community activities. Both Ellen and Don became involved in community activities. Ellen joined C.W.A. and Horticultural Society, both of them were active on the Swimming Pool Committee which raised funds for the building of the pool. When the South Gippsland Highway was re-aligned at the hospital hill and an area of land left between the old road and the new they approached the Council to buy this so that it could be planted to show what native trees and shrubs would grow in the Leongatha area. Don ploughed and hoed the area before Ellen started planting and the Apex Club installed playground equipment on the lower portion of the land. It was Apex Club who suggested that the Council name this the Ellen Lyndon Park. After Woorayl District Memorial Hospital was opened in 1958 Ellen for many years cared for the memorial garden in the foyer. She was a foundation member of the Hospital Ladies Auxillary and supported this group over many years. Both Ellen and Don were foundation members of the Woorayl Historical Society and after some years Ellen took on the office of secretary, which position she held for fourteen years.

Conservation. During their expeditions about the countryside exploring roads new to them and discovering the plants which grew along those roads Ellen looked at all the crown reserves in the old Shire of Woorayl and beyond, and it was she who was responsible for Hammans’ Bush and King’s Park becoming bush reserves. In 1974 she obtained permission from the Shire of Woorayl to plant trees on the bare roadside bank by the Koonwarra Tip site and so transformed that stretch of road. Both Ellen and Don were foundation members of the Gippsland Field Naturalist Club (now the Latrobe Valley Field Naturalist Club) when it was formed at Morwell in 1960.

From the time when Ellen first heard of, and then saw the many native plants, and particularly the Butterfly Orchid which grew in Foster’s Gully near Yinnar she was keen to see it reserved to protect these plants. Over many years she wrote submissions and letters and enlisted the help of various groups and associations and persons who might help to have this area reserved, until in 1965 Morwell Shire used a Government grant for half the purchase price of the land and National Parks Authority supplied the remainder of the price. Lyndon’s Clearing in the park was named in appreciation of all she had done towards the declaration of Morwell National Park.

Retirement. After their retirement from farm life to Leongatha more time was given to interests in natural history and with Don’s photographic ability with coloured slides and Ellen’s knowledge of native plants (flowers, ferns and fungi) and birds they gave talks to many interested groups around Victoria. In 1976 a meeting was called in Leongatha with a view to forming a Conservation Society of which Ellen became a foundation member. She thus became a leader of Excursions for the South Gippsland Conservation Society and patient teacher of those who wished to learn from her knowledge of both plants and animals. For many years she had been a member of The Society for Growing Native Plants and when a branch was formed in Leongatha was a helpful member there.

Her interest in local history led her to write the ‘History of Mossvale Park’ for Woorayl Historical Society as well as spending many hours typing historical notes and articles for that society. Many of her contributions to The Victorian Naturalist, The Latrobe Valley Naturalist and the Newsletter of the South Gippsland Conservation Society were used to compile ‘Door to the Forest’, and it was she who wrote the history of the first twenty-five years of the Latrobe Valley Naturalist Club. She was also the foundation secretary of the Victorian Field Naturalists Clubs Association.

Order of Australia Medal. In 1988 Ellen was awarded the Order of Australia Medal for her voluntary community work and her outstanding contribution to organisations such as the Leongatha Hospital, Field Naturalists Club of Victoria, the Latrobe Valley Field Naturalist Club, the South Gippsland Conservation Society, and the Leongatha and District Historical Society. From her childhood on the family farm between the waters of Lake Wellington and the Latrobe River Ellen always had a keen interest in the natural world around her, an alert and enquiring mind to learn, and a skill with words to share her discoveries with others. All of us whose lives have been touched by hers are the richer for that contact and we give thanks for her life among us.

From material supplied by Eulalie Brewster 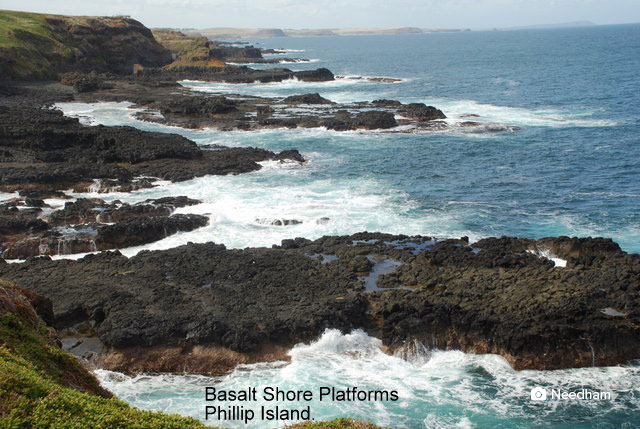 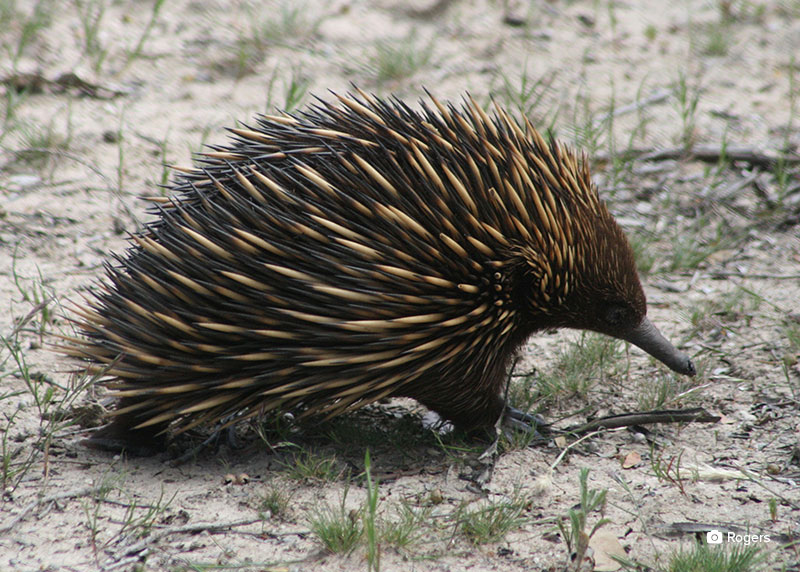 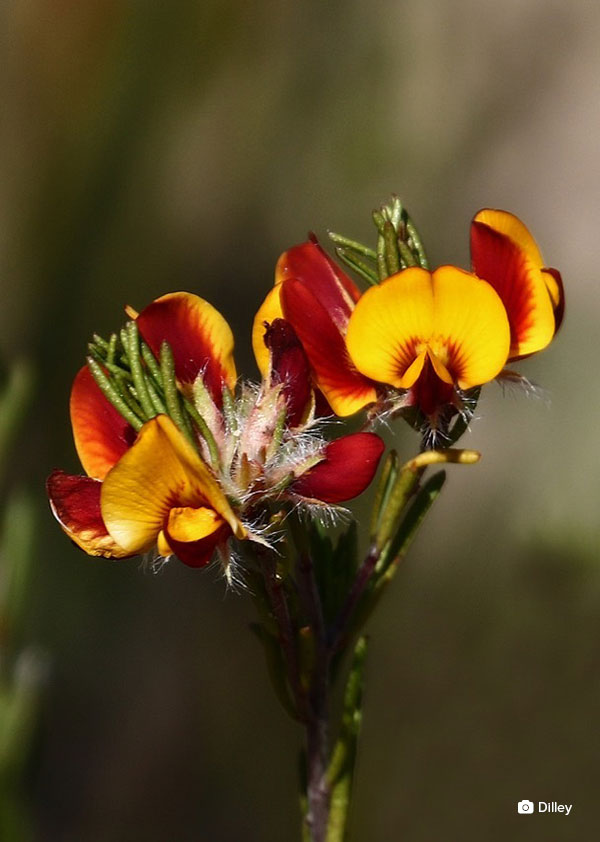 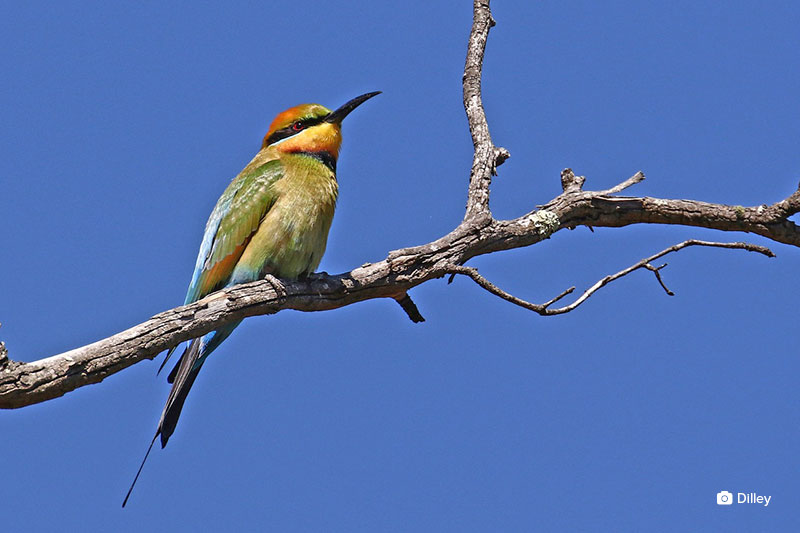