Areas with black sandy soil carry heathland vegetation. One such area is about 5km north of Barwon Downs, in the Otway State Forest. In this area, the dominant tree is Messmate. Prickly Teatree sometimes forms dense stands.
Other kinds of shrubs and understorey plants are abundant. 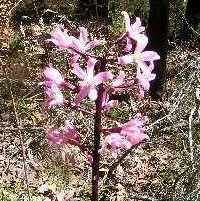 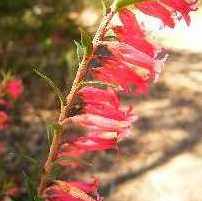 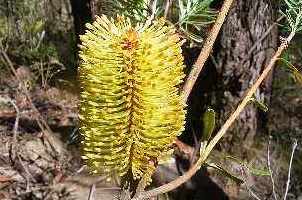 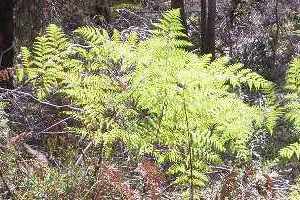 1: Hyacinth Orchid is a leafless, and gains nutrient from decaying material in the so

3: Silver Banksia is a common component in the heathlands.

4: Bracken is widespread. Here the height reached is much less than in the wetter, more fertile areas.