This excursion was very well attended with 15 cqard and about 35 people.

We travelled in convoy and almost lost each other in huge clouds of dust. The outlook as we drove along was not at all promising – even the Smilax wilting in the drought conditions.

Garry started his walk with a talk on habitat types, explaining EVC (ecological vegetation types) and Box-Ronbark in particular. The very subtle hillcrest, slight slopes , crests and downslopes that govern the various changes in habitat become obvious to the experienced naturalist – and the not so experienced when pointed out.

The plants in flower were few and far between, but the birds more than made up for this by making their presence joyfully obvious with their spring calls. As Garry said, if you are sure of your bird calls you can very quickly work out what is a round. Some highlights were

Unfortunately, the Swift Parrot that has become a rare sighting is now an endangered species and was not sighted.

In spite of the extemely dry conditions, Garry pointed out the survivors, some of which even struggled to flower. Some plants seen were:

Garry pointed out some of the the tiny plants struggling to survive and from the amount of Kangaroo scats found it was obvious that desperately hingry roos are eating a diverse range of plants.

A quick trip to the sewerage ponds brought up the bird list considerably. A flock of pink-eared Ducks was a highlight. This report is just a glimpse of a fantastic day. And in spite of the dry conditions, in the forest, all of the commnents from the participants were enthusiastic about our leader’s efforts.

(From notes by Cecily Falkingham and others.) 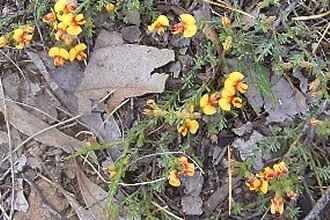 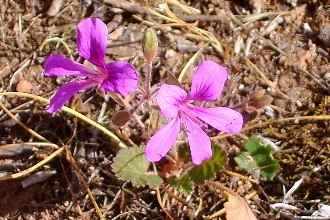