Many of us had never heard of them!

They would have taken a long time to make. Possibly they were worked over hundreds of years.
The three wells are oblong in shape, and up to 1.3m deep.
Coversor lids were put over the wells to conserve the water by limiting
evaporation and also to keep them clean from contamination by birds and other animals.
The nearest permanent water is at least 8km from here.

Rock wells are found in other places, but this design is unique to the Djadja Wurrung
people who lived in this area.

The discovery of gold in 1854 left its mark

A Little Eagle was seen circling in the thermals, and the lovely sounds of Grey
Shrike-thrushes were heard. Other bird calls included Olive-backed Orioles and Crested Bellbirds. Another highlight was a Black-chinned Honeyeater on a nest, possibly with fledged young.Many other birds were seen, with total of 25 from this locality. 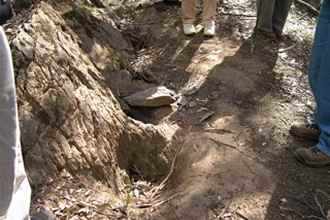 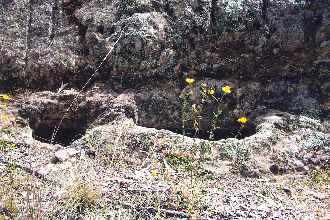